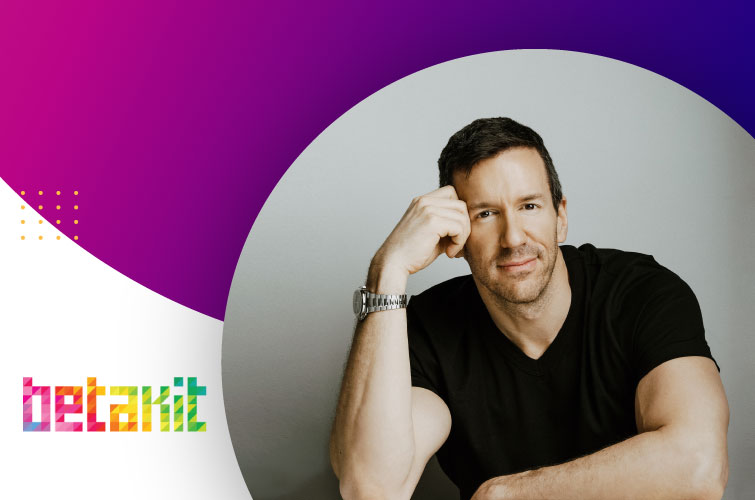 Calling itself “the next wave of social media,” Vancouver startup QP is hoping to revolutionize the creator economy through a new social media app.The idea comes from the mind of Alex Clark, who has under his belt a $200 million CAD exit after the startup he co-founded, Bit Stew Systems, was bought by General Electric Co. in 2016.“Looking at how we use technology to communicate and share media and share access to ourselves, I think the model is fundamentally broken,” Clark told BetaKit.

“Social media having its large, ad-based business model really forces people to choose a platform that is inherently incentivized to sell their privacy and sell them as the products. And that’s a big problem,” the QP CEO said. “So, that’s what we set out to fix.”

The startup has been building its social media app since 2019 and officially launched it in July in the Apple App Store. To fuel the creation and launch, QP recently closed $7.54 million CAD ($6.03 million USD) in seed capital.

Clark declined to share the company’s investors, but noted the financing round attracted a number of media and entertainment people as well as content creators, and a “large media company.” Investors also included a couple of undisclosed institutional funds. Clark explained the funds did not want to be named publicly as QP is outside their investment thesis.

QP touts its platform as “the world’s first messenger, content, and monetization app built for the creator.” The app is messaging-focused, but also allows creators to have channels where they can post a variety of content, including podcasts, images, videos, and more. Creators are able to monetize their content through donations from users or a premium subscription channel where they can set prices; they receive 90 percent from the subscription revenue while QP gets 10 percent.

In addition to its focus on creator monetization, QP also claims to prioritize privacy by using end-to-end encryption for messaging and not focusing on advertising.

Clark highlighted those focus areas, contrasting QP against popular social media apps like Facebook, TikTok, and Twitter, which tend to make money through sponsorship dollars and are constantly being questioned about personal data and privacy.

Interestingly, as apps like TikTok have taken off amid COVID-19 and the creator economy has grown, social media companies have been looking for ways to expand monetization opportunities for users.

While QP’s creator-focused monetization and privacy might be draws for users, launching a social media platform and garnering a large user base is a huge undertaking and one that is not easily done.

Clark is not concerned though. He sees QP as complementary to existing social media channels and the way for creators to monetize the content and followings they grow on other platforms.

“We don’t want you to leave your current platforms,” said Clark. “They’re great because they’re kind of the beginning. You establish your brand, you build your presence, you post content, you get your fans. QP is the end result. That’s where you then start to migrate people to when you want to monetize directly and turn your fans into buyers.”

Clark likened Instagram, Facebook, and YouTube to cable TV. “It’s basic content, generalized content with ads and commercials,” he said. “We’re more like Showtime, HBO, or Netflix. [It’s] personalized, individualized premium contents, that, most likely, creators can charge for … if they really want that targeted, specialized reach; that’s where they come to us. Both can exist.”

As of the end of July, QP claimed to have 60 creators signed up for its platform, who Clark said represent a follower base of more than five million people. Some of the creators include Canadian actor Jewel Staite, American actor Josh Harris, and United States Olympic medalist swimmer Ed Moses.

QP’s goal is to garner 10 million users by the end of this year.

Read the full interview on BetaKit.