Can Alex Clark capture lightning in a bottle again with QP? 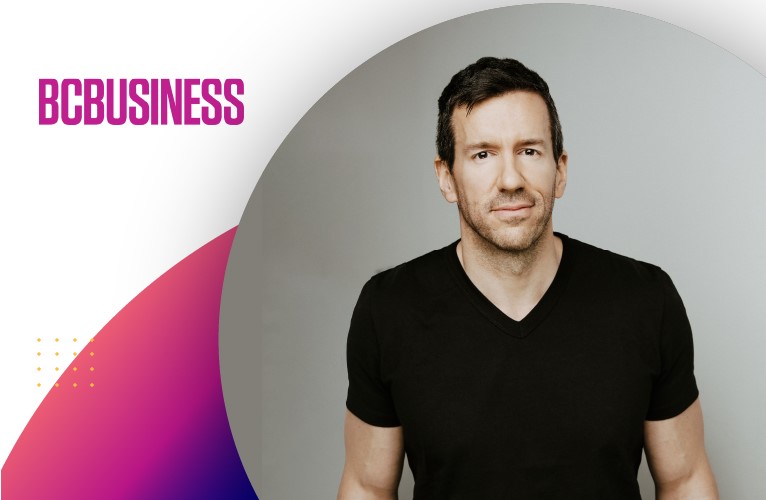 The Vancouverite is confident he can capture lightning in a bottle again. Alex Clark has done it before. The California native co-founded Internet of Things startup Bit Stew Systems in 2008, shortly after coming to Vancouver from Silicon Valley. One of the early investors in that company had some prudent advice he’s never forgotten. “He said, I think you’ll make it, but it’s going to be harder than you think, and it’s going to take longer than you think,” says Clark on a Zoom call with BCBusiness.

Bit Stew, which started out helping companies to plan predictive maintenance of industrial systems, raised $5.4 million in Series A funding in 2013. Three years later, though, after the company pivoted slightly to focus on monitoring ground transport, oil and gas, and aircraft operations, General Electric Co. bought it for $205 million.

Clark stayed on at GE for two years before embarking on another entrepreneurial journey in a very different field.

Messaging app Quantum Pigeon strives to help lifestyle influencers and content creators more authentically engage with audiences to monetize their brands. “It’s really geared at the messaging side,” says Clark, “with an initial launch focus on the influencers and content creators—to help them reach their audience more effectively, which they’re having a hard time with today on Instagram and YouTube.”

The startup raised $2.2 million in seed financing last November before doing a limited launch in March.

But Clark is eyeing much bigger numbers. “We’re following two very major trends right now,” he says. “We’ve got the content creators, who are going to post premium content and message and interact with their fans, and do that sort of thing, which is booming quite strongly; the whole creator economy is taking off quite a bit. Certainly it was accelerated by COVID, but was always going to be taking off anyway.”

The other “megatrend,” as Clark terms it, is the “ditch Facebook, ditch WhatsApp play,” he explains. “We showed some recent college grads the product and told them what it was about. They were super excited and said, basically, I don’t use Facebook or Instagram; that’s what my parents use.”

Quantum Pigeon currently has three full-time employees and another 35 or so contractors, both virtually and at its Yaletown office.

Asked what he’s observed while starting two companies in B.C. after the higher highs and faster pace of Silicon Valley, Clark quickly identifies some key differences that have kept him around.

“There seems to be more of a community focused around helping and success here, which is really nice,” he says. “In Silicon Valley there are a lot of players, a lot of people, but also a culture of Hey, I’ve been here for two years, I’m going to bail and go to something else now, and up my salary by 30 percent or whatever, that I haven’t seen here. And that was really surprising to me, the loyalty and the amount of time people stay.”

Presumably, those involved with Quantum Pigeon know the road will be long and hard. But they think they’ll make it.

Read the full interview on BC Business.

About BC Business Magazine
By focusing exclusively on business in British Columbia, BC Business provides unparalleled behind-the-scenes coverage, chronicling major deals and putting faces to the major players. Their annual all-star print editions—B.C.’s Top 100 Companies, Entrepreneur of the Year, B.C.'s Most Influential Women, 30 Under 30 and the Best Cities for Work in B.C.—are must-reads for all decision-makers.